The Department of Defense is dedicated to the safety of all members of the White House community, we work day to day making sure the White House is the safest place possible for our members, this guide was written by Secretary of Defense, Avanzati with the approval of President Justln.

It is important to first recognize that mafias are a real entity on Habbo, and have been around for a long time. Mafias consider themselves “families” and are bound by code to never betray one another. Mafias are a type of group that are similar to that of real-life mafias; in the sense that their primary purpose is gaining influence and profit.

Mafias work in a similar structure to most organizations, where there’s the leader, the deputy leader and so on. Although, Mafia families can have varying structures. A common example is: 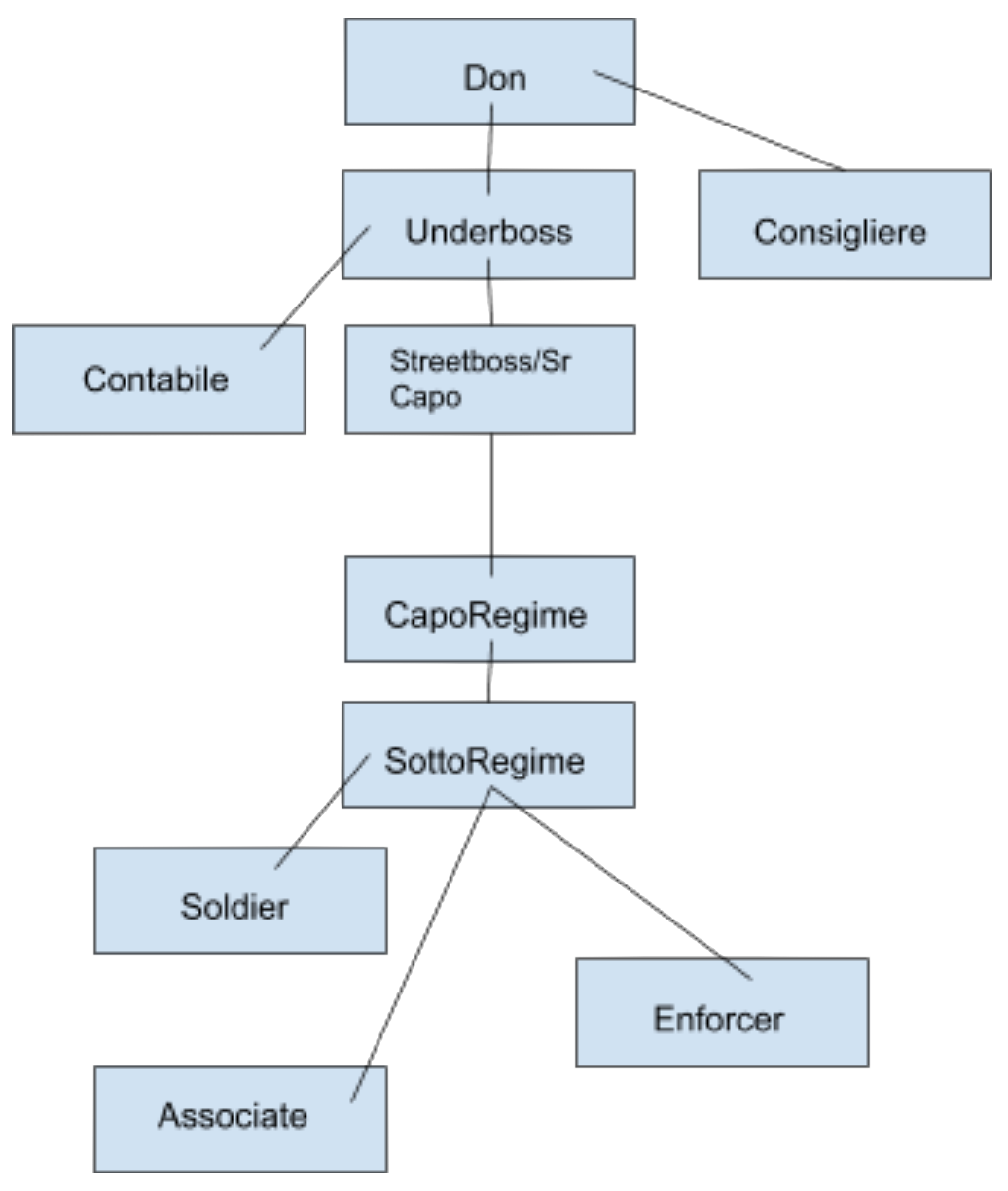 Capo/Caporegimes (interchangeable name) report to the “Sr Capo” or the “Streetboss” - depending on which structure the family has. They run regimes with the help of their SottoRegime (effectively the underboss of the regime), and complete day-to-day tasks depending on what their regimes' main focus is.

Regimes can have one of two main focuses: profit or warfare.

2. Warfare regimes will use vast amounts of illegal warfare to gain both influence and profit.
They conduct acts like doxxing, DDoSing, ratting and extortion in order to bully and harass people into giving them what they want.

Crews are small groups made up of Associates and Enforcers usually under the command of a Soldier. Soldiers are the highest non-leadership position and are usually given this opportunity by the Don in order to prove themself to go on to become a Sotto/CapoRegime.

In Habbo, mafias use various methods in order to gain power, influence and money. They’ll use a vast method of techniques ranging from Legal Warfare to Illegal Warfare. The two can be differentiated basically by the severity of the attack. Room trashing or a Habbo game scam would be considered legal warfare, however, a dox or a DDoS attack would be considered illegal warfare.

Members who conduct illegal warfare, known as Illegal Warfare Operators (IWOs), often scout agencies like ours in order to find victims. They’ll usually initiate their attack with a slow build-up, perhaps even making you believe you’re friends. They will get to know you as best they can and eventually compile a document full of private information on you and attempt to use this to extort you and force you to hand over items in order for them to delete the file.

However, these are not the only illegal warfare methods; others include DDoSing, phishing, ratting and such malicious acts alike.

Mafias and their members are generally quite easy to identify. There are several ways to identify them, and these are through their groups and their mottos.

A lot of mafia members will have symbols at the beginning of their mottos, such as this “›♠ÍGÌ♠‹”. Sometimes the letter may be replaced with a symbol, which doesn’t mean anything different - the letter is just an indication of the specific family.

All members will generally be on a group (badge), too - which is a lot easier to understand than some symbols in a motto. Sometimes there may be more than one group, such as one for Made Men and another for Associates. This is an example of a mafia group:

Often mafias will come into agencies and request that people do tasks for them, for e.g trashing a room, trashing a badge, resigning from their position etc. In order to persuade you to do this they’ll often make threats like:

If you are threatened or being intimidated by a mafia then immediately contact the EOP and/or the Department of Defense and do the following:

If you have any questions or concerns about certain issues, then please don’t hesitate to contact either the Department of Defense or Executive Office of the President, or anyone who you believe can and will help you. If you wish to submit an anonymous tip you can do so by clicking here.

Some links are potentially harmful/malicious. Please check the URL below before confirming you wish to leave. If the link seems suspicious, or you don't trust it: do not open it.
If, for some reason, you still wish to access a suspicious link, we recommend the use of a Proxy Service or VPN.